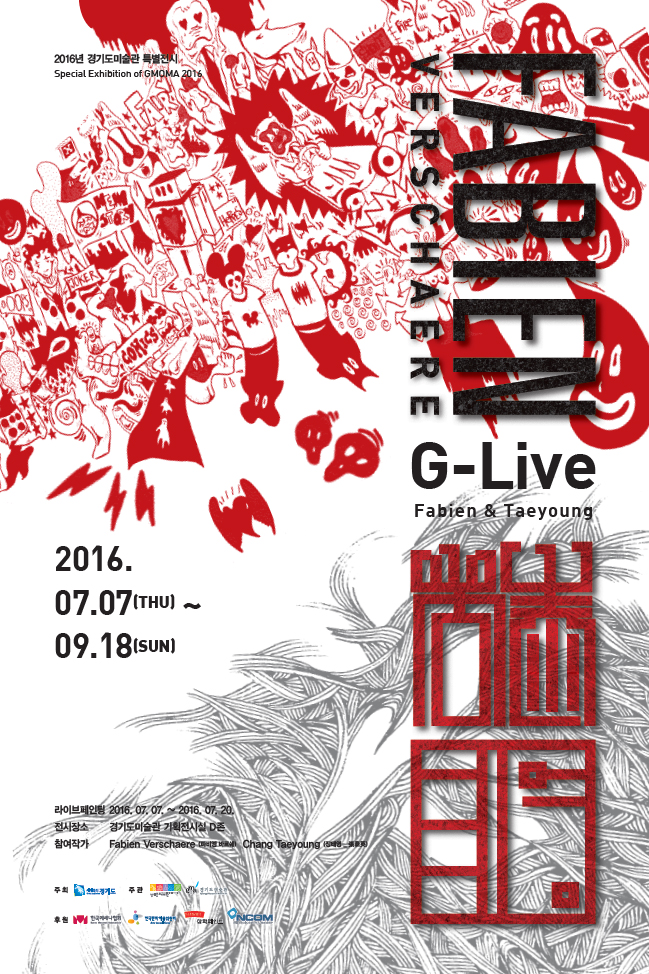 Contemporary art in the 21st century considers even the process of producing art as a complete work it itself. It is true that 20th century art took place as if throwing a completed work of art at the viewers, with the practice of which we had become familiar. There had been discussions of “Non-Museum” in opposition to such a limited way of conveying art in the 1960s and 1970s, but it was difficult to challenge the absolute definition of art that originated from the fear of dominant space of the ‘art gallery.’ Such logic should be seen more as the result of social binds generated by the written law, limited to the specific space of the ‘art gallery,’ rather than the uncanny sense of distance one feels in gazing upon a work of art that has been completed by the hands of the artist.

It is also true that, beyond the range of delicate and complex subjects, the art gallery has been seen as the temple or sanctuary of art, as a place where ‘humanity boasts of its most sophisticated features.’ The approach of the art gallery, which is to display a work of art in an abstract space that runs on a kind of meta-temporality with all the specificity and presence of the work removed, was designated as optimal for presenting ‘limited’ artistry. Contemporary art has reached a point wherein such limited approaches no longer apply, and calls for a further expanded perspective and approach. Art in our time is proliferating through an expandability that goes beyond our imagination, in terms of space, application, object, scope, genre, and concept, continuously evolving.

Gyeonggi MoMA’s ‘G-Live: Fabien & Taeyoung’ exhibition incorporates diverse perspectives on contemporary art into the interiors of the gallery space, and attempts to expand the exhibition site to one that can be shared by the artist and the viewers. The works introduced on site will not only change our preconceived notion that an artwork must be complete, but also provide an opportunity for the visitors to see the artists’ attitude towards the works, and the message of the masses shown through the works themselves. For this reason, the museum offers a live exhibition of Fabien Verschaere (France) and Chang Taeyoung (Korea)’s works. The live method, which may seem rather unfamiliar, is a method that had been often used in 20th century art. The act of producing artworks at the gallery site took place regularly, conveyed through various media. The work of Fabien involves continual drawing as if writing a journal, which he refers to as ‘automatic painting.’ Chang Taeyoung calls his work ‘an act of accumulating daily life,’ recording the artist’s mundane activities by shuttling between the conscious and the unconscious. For both artists, the act of capturing the unconscious on the canvas through continuous and repetitive motions is a key point in the production process. Art as the artists see it is the practice of recording one’s own stories as an individual, and natural normality of one’s daily dealings, rather than a macroscopic oppression that goes beyond the scope of daily life. In viewing contemporary art, we may have – from a certain point on – erased out natural thought, pressured by the weighty presence of art.
Comments [0]
Leave a comment
You must be logged in to post a comment.