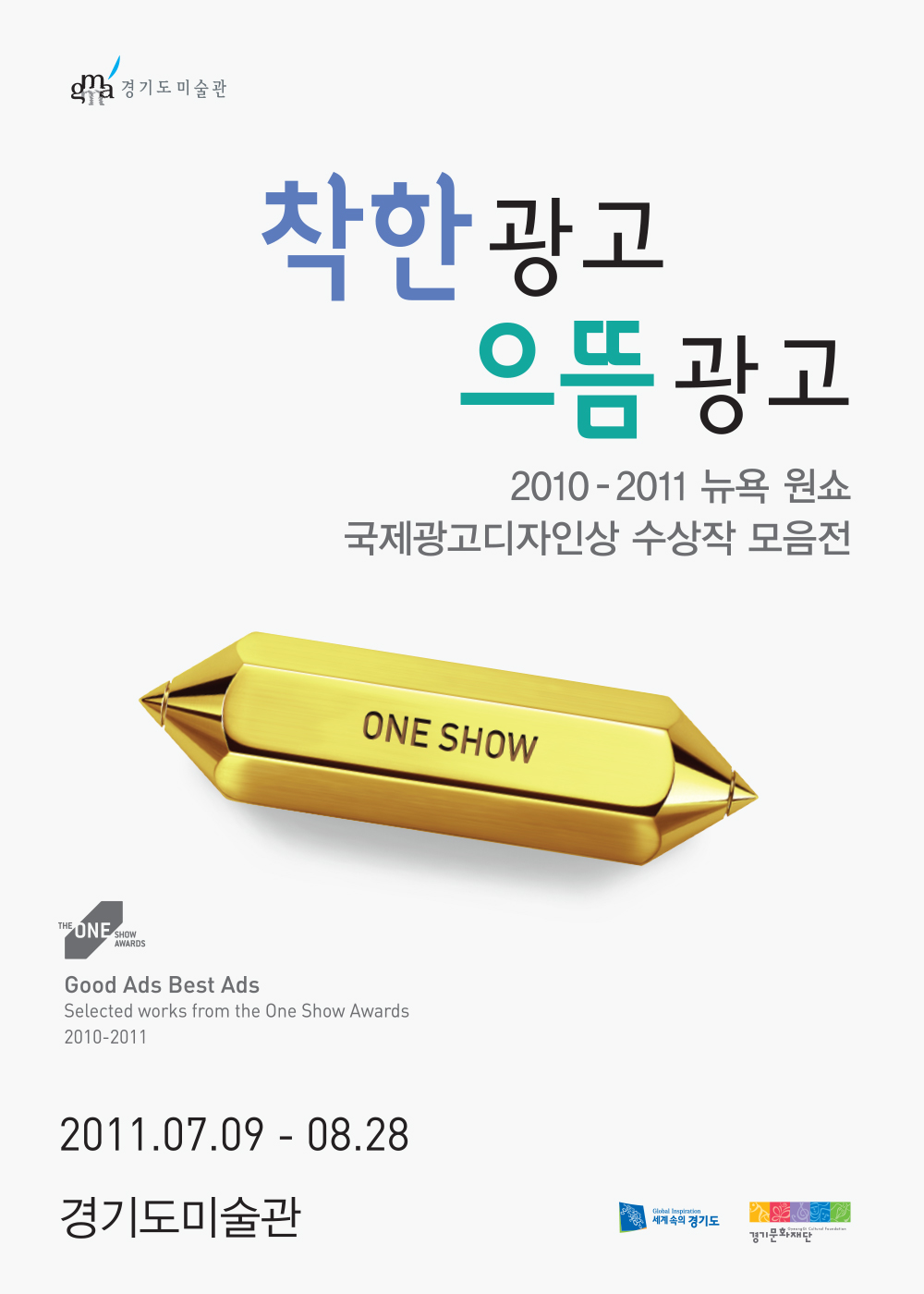 In contemporary culture and its market, advertising industry is the most powerful and vitalized field among others. In a matter of logical consistency, good and touching advertisement is considered to provide useful information, help consumers getting benefit. But in reality, there are not so many such ones. So we are looking forward to meeting such ‘good ads’ for the importance of public campaign/advertisements which are capable of changing mankind as well as the society they are living in.

Although it is not well promoted in Korea with its non-profit character, One Show Awards is internationally reputable with its high quality and its sensibility. One of the Korean participants, Jeseok Yi won the gold in 2007 and Alfred S. Park won the award in 2009-11. At this point, Gyeonggi Museum of Modern Art selected 100 creative and easily understandable advertisements for this exhibition to show them to general public.

We also hope this exhibition will help further development of applied art field in Korea, and in extension, public take up the challenge to grow their own creativity and imagination in everyday lives.
Comments [0]
Leave a comment
You must be logged in to post a comment.