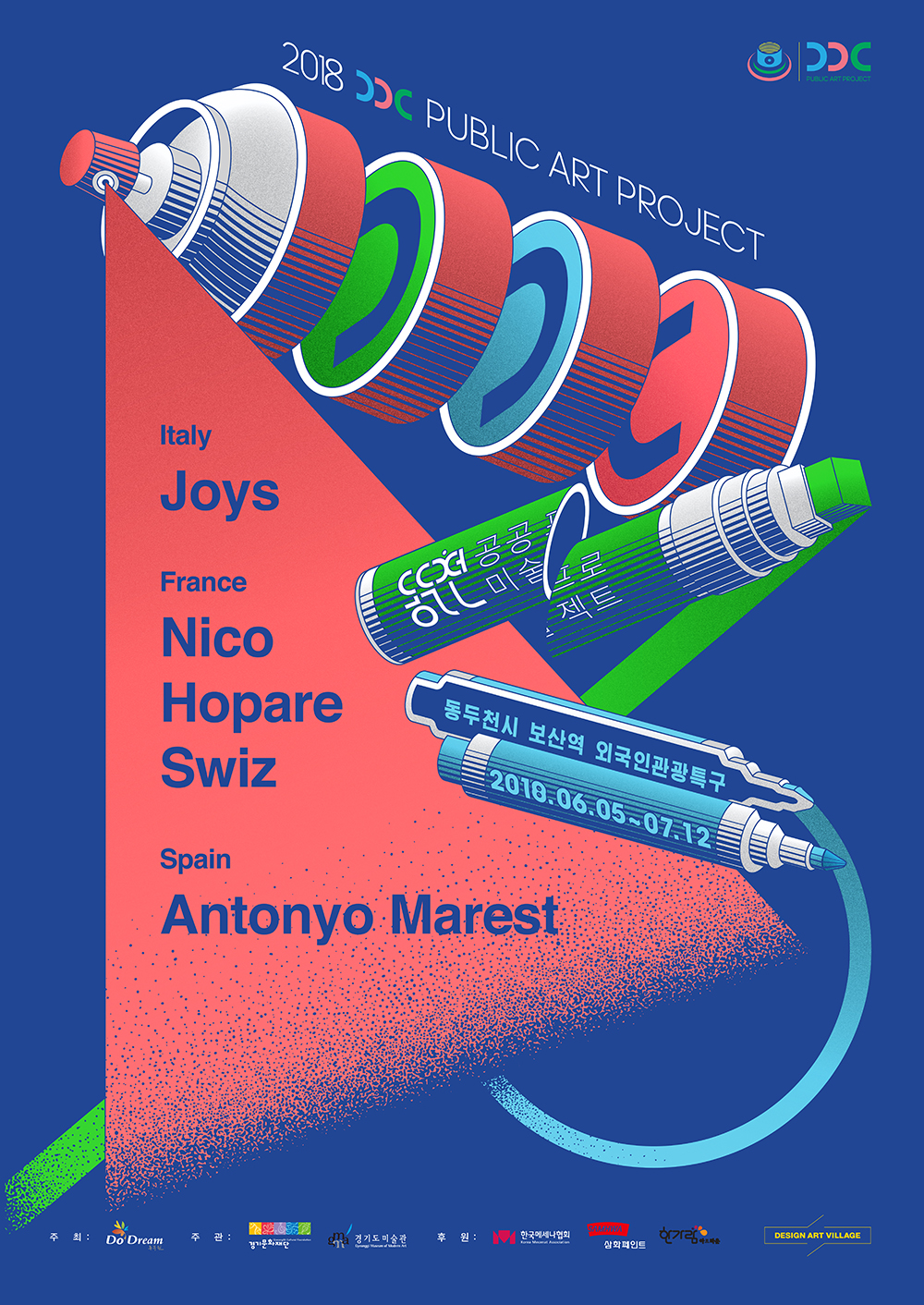 Gyeonggi MoMA’s DDCA—Dongducheon Public Art Project
In 2018, Dongducheon City (Mayor Oh Se-chang) and Gyeonggi Museum of Modern Art (Director Choi Eunju) are preparing street art (graffiti) for structures in the special tourist zone, Bosang-dong, Dongducheon City. In particular, this project creates works on railroad bridge piers, for the first time in the country. They have become good examples of turning the gray concrete bridge posts into wonderful urban art. Dongducheon Public Art Project is a collaboration between the City and the Gyeonggi MoMA, which started in 2015 with Dongducheon K-Rock Village Project and has been producing results for four years. At Bosan-dong, you can appreciate the artwork on the street created by 18 artists from Korea, Thailand, Russia, France, Italy, and Spain for the next four years, and at the end of October, there will be Dongducheon Halloween Festival where you will be able to experience various cultural events showing street art.

Dongducheon Public Art Project for Bosan-dong street art presents environmental art that has not frequently been tried so far, using railroad bridge piers as the canvas. The gray concrete pillars located throughout the city give a cold impression, but the change of the piers near Bosan Station are expected to realize a new form of street art.
Project Focus
▶ 2018 Gyeonggi MoMA Public Art Project
A new concept project for city renovation to revitalize the city through the artwork of the public art project of Gyeonggi MoMA at the old streets and environment of the special tourist zone near Bosan Station in Dongducheon City

▶ Five-year Public Art Project of Dongducheon City
Dongducheon City has been running a city environment project on the streets near Bosan Station for four years now, since it started the Dongducheon Public Art Project in December 2015. Particularly, the city planned the environmental works using the railroad bridge piers around Bosan Station, making the space a gallery where people can appreciate various contemporary art pieces, including graffiti that was first introduced in the 1980s in Korea and graffiti of the present.

▶ Community Renovation Project through Works of European Graffiti Artists
The graffiti art street, the one and only in the country, where people can appreciate various cultures and artwork through the street environmental art created by five European artists from three countries (France, Spain, and Italy)