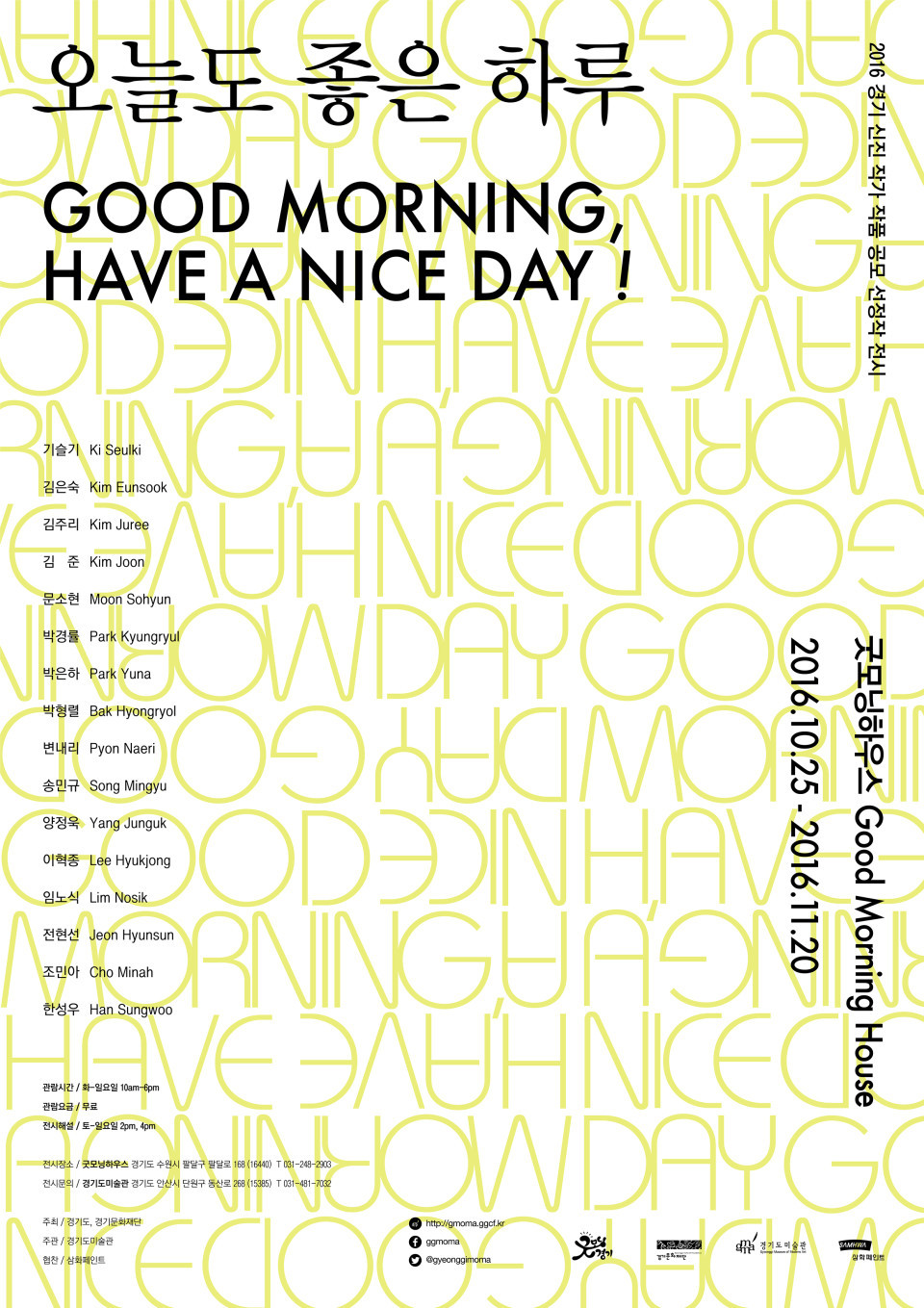 (Location: Good Morning House(Suwon))
Gyeonggi Museum of Modern Art is pleased to show the recent works of emerging artists living in the Gyeonggi Province who are expected to lead the future of Korean art. This exhibition “Good Morning, Have a Nice Day!”, featuring the works selected in the 2016 Gyeonggi Young Artists Competition, is held at Good Morning House which was reborn as a space for the province’s people after being remodeled from the Provincial Governor’s residence.

The present society which is seen through the eyes of the participating young artists, like those of many other youths of these days, is not very bright and cheerful. The stories told by their works, like thousands of noises blocked by the hard surface, such as intense sufferings from the heavy burden of life, the voice that fails in reaching the point where it desires to reach, the anxiety of being in a unstable space, reveal the realities which are cruelly broken and shaken as they are.

However, we also know that these voices of young people will not end up in pessimism about life. Rather, their works once again observe the fact that each day we live together is the common denominator to us all. They neither ignore the reality, nor recklessly talk about absurd hope; they just say that they too are suffering together with you, accepting the difficulty in front of them, as it is. And it is only after we are based on this deep understanding that we are able to talk to each other about hope.

It is a great pleasure for us that these works that vividly show the present of Korean contemporary art came to the Gyeonggi Museum of Modern Art collection, as the property of us all. We expect that the keen but warm empathy that these young artists of the Gyeonggi Province are trying to offer will be a comfort to visitors and give them the courage to dream of tomorrow again.
Comments [0]
Leave a comment
You must be logged in to post a comment.