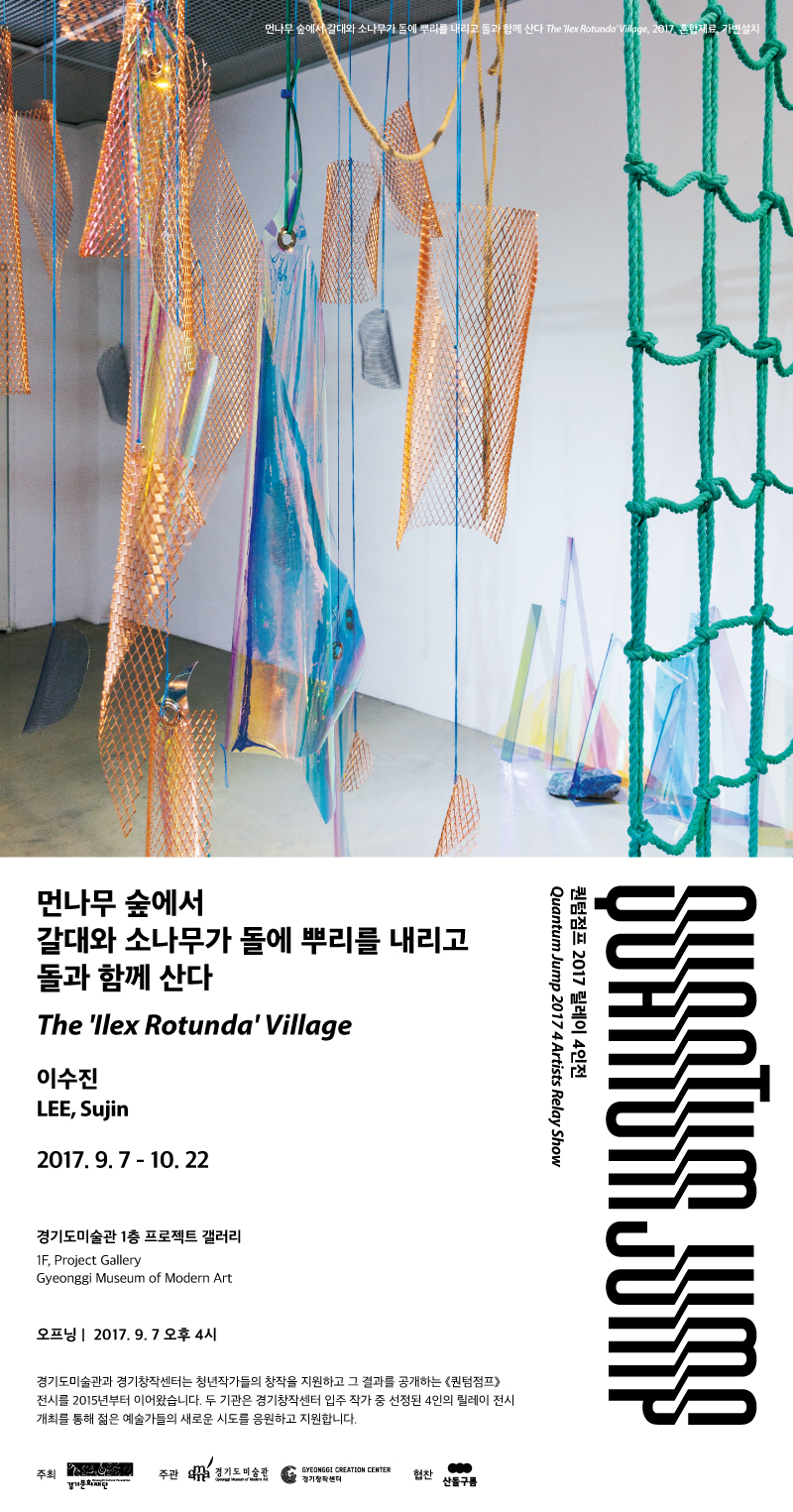 Lee Su-jin is the second relay artist for the annual special exhibition ‘Quantum Jump’, which was planned based on the collaboration between the Gyeonggi Museum of Modern Art and the Gyeonggi Creation Center in order to introduce the new aspirations of young artists. Lee Su-jin has analyzed the politics, temporality, and historicity of certain urban spaces and has been working on installations that reinforce or subvert it. In this exhibition, she talks about the aesthetic value of the composition of the elements that are regarded useless and valueless in the modern society because they have no material value or economic benefit. She put together a translucent ‘wall’ reminiscent of the modern pattern of the urban space with objects converted from materials such as waste glass, plastic bags, and threads that were thrown away or excluded in procedures or production, manufacturing, and distribution in the modern society.
Comments [0]
Leave a comment
You must be logged in to post a comment.