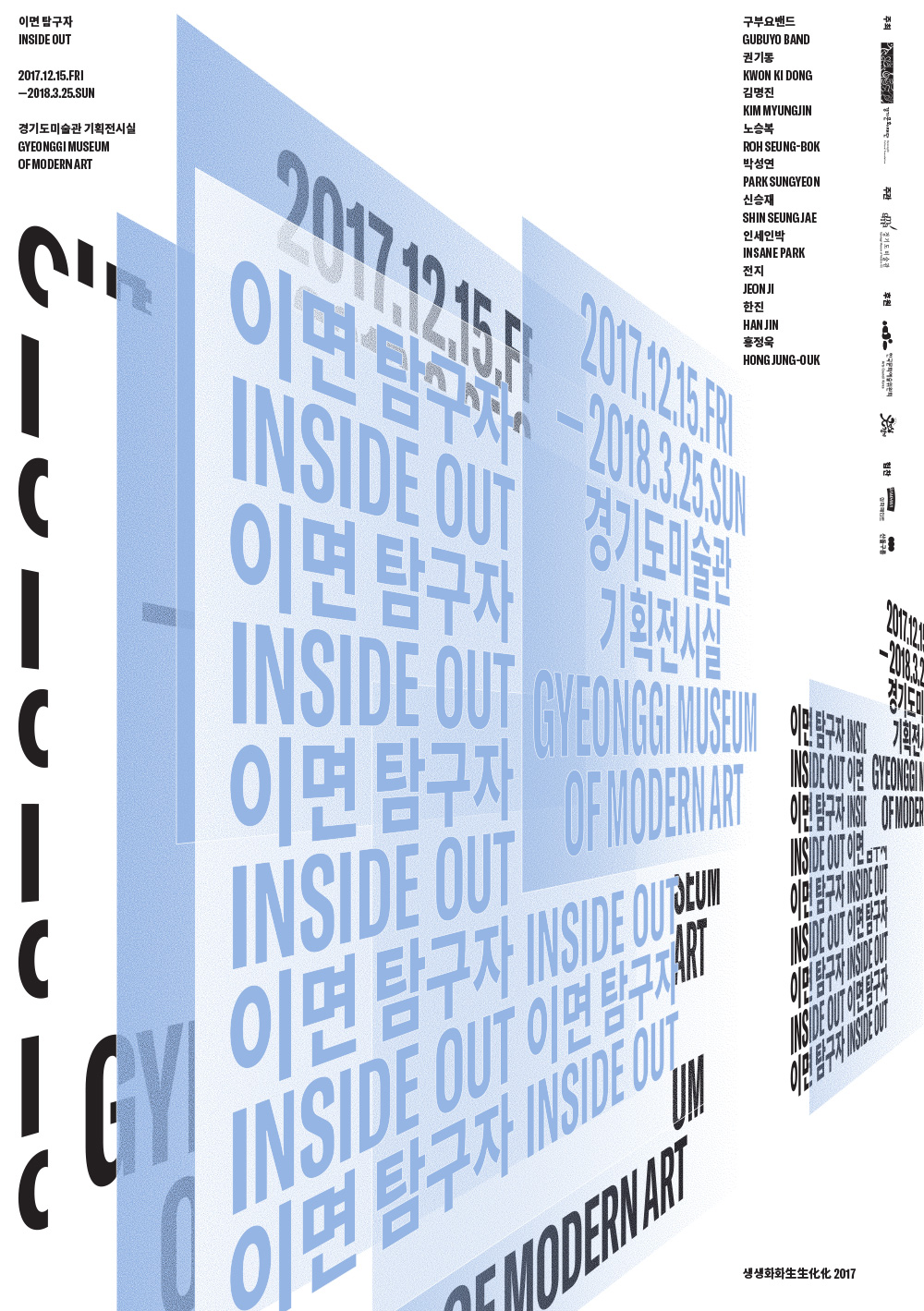 SHIN Seung Jae’s work begins from the fact that ‘death and sleep have similar skins.’ He inquires into things that are alike in appearance but fundamentally different. The viewers see some texts, suestive of film subtitles, at the bottom of the painting and find themselves involved in the process to interpret the image and the text. The artists puts death and sleep(life) into the interrelationship between the two.
ROH SEUNG-BOK

ROH Seung-Bok has thought about life and death and being forgotten, dealing with landscapes of cemeteries and graves during the past few years. In this new film recording Mr. Yoon’s pear orchard, the artist who viewed abandoned graves as ‘the end of life and the destination of death’ gains a new insight that the orchard has long embraced unmarked graves while blooming and bearing fruits as Yoon’s family’s livelihood, and even made the graves change from their initial appearances into another landscape of life.
KWON KI DONG

KWON Ki Dong has been fascinated by urban landscape. His landscape, although looking very common and familiar, is not so much friendly and likable as dreary and lonesome. According to the artist, landscape is not created accidentally but reflects the culture and history of those living in it. He said that his urban landscapes are at once the sight that is flavored with artificiality and whose origin is unknown, and a ‘metaphor for the modern life that is drifting from place to place, belonging to nowhere.’
JEON JI

The recent works of JEON Ji, a cartoon and black-and-white drawing artist, recorded Anyang, the town where she lived all through her childhood and school days and where she has returned and is living. Based on the thirty years of her memory and the stories she heard in the neighborhood, her drawings, sculptures, and texts vividly capture every corner of Manan-gu, Anyang, which is changing day by day by redevelopment projects.
GUBUYO BAND

guBuyo Band has traced the process of the change and urbanization of the urban environment. In this exhibition, the artist presents a kinetic sculpture accompanied with sound to represent the ‘spasmodic landscape’ which he perceived beyond the quite scenery unfolding beyond the artist’s studio. It is the landscape which is full of artificial substances, mechanic noise, and non biodegradable wastes and thus, far from rest or retreat, constantly trembling and suffering from anxiety.
INSANE PARK

《HOW TO MAKE A FEMINIST(FOR THE YOUNG GODS)》 2017, digital video installation, 5min

INSANE PARK pays attention to the recent social issue of the collective confrontation between man and woman, as in the terms such as namhyeom or yeohyeom (abbreviations of the Korean words respectively meaning misandry and misogyny). He revealed his views on women and feminist through his two videos, Strawberry which was inspired by the artist’s personal experience relating to women, and How to Make a Feminist(for the Young Gods) which derides some ‘feminists’ who are bent on asserting their rights, and the related objects and installation.
HONG JUNG-OUK

HONG Jung-Ouk uses the entire exhibition space as his canvas. He extends the sphere of painting by scattering the elements of painting, such as point, line, plane, and color, and the basic forms of objects, such as triangle, square, and circle, all around the space, not making them remain only within the picture frame. And by painting a color on the wall that the viewers cannot see directly and then allowing it to be reflected on the opposite wall, he also shows his interest in pursuing ‘the reality beyond the appearance, the entity beyond phenomena.’
KIM MYUNGJIN

KIM Myungjin’s painting begins from perfect ‘black.’ As it is only when you close your eyes that you begin to see images appear in darkness, making your memories sharper, KIM depicts figures on a black background. These figures are made out of Hanji, or traditional Korean paper, which has unique textures made by rock, tree, stone rubbings. He said the process of obtaining an impression of the surface texture is like covering a wound. Then, by cutting, joining, and fitting together the sheets of Hanji, he creates images which are mostly relating to his memories, everyday scenes, and illusions.
HAN JIN

The landscapes painted by HAN Jin are not only the visual record of the spot, but also captures even the sound and movement arising in it. They have both the ‘disclosed’ and ‘latent’ scenes: for example, the actual landscape of the sea also portrays the sound and sight of breaking waves through the thickness and traces of paints and the variation of textures, which vividly delivers the artist’s synesthetic memory of the place.
PARK SUNGYEON

PARK Sungyeon focuses on waters, winds, electricity, and others as the elements to fill a city, connects urban spaces, and makes a city at work. PARK compares these elements to the ‘artery of a city,’ and recently extends these invisible elements, occupying and powering a city, to the concept of the ‘march of flags.’ Through the composite arrangement of videos, sounds, and installations, the artist attempts to share those concepts with audiences.
Comments [0]
Leave a comment
You must be logged in to post a comment.