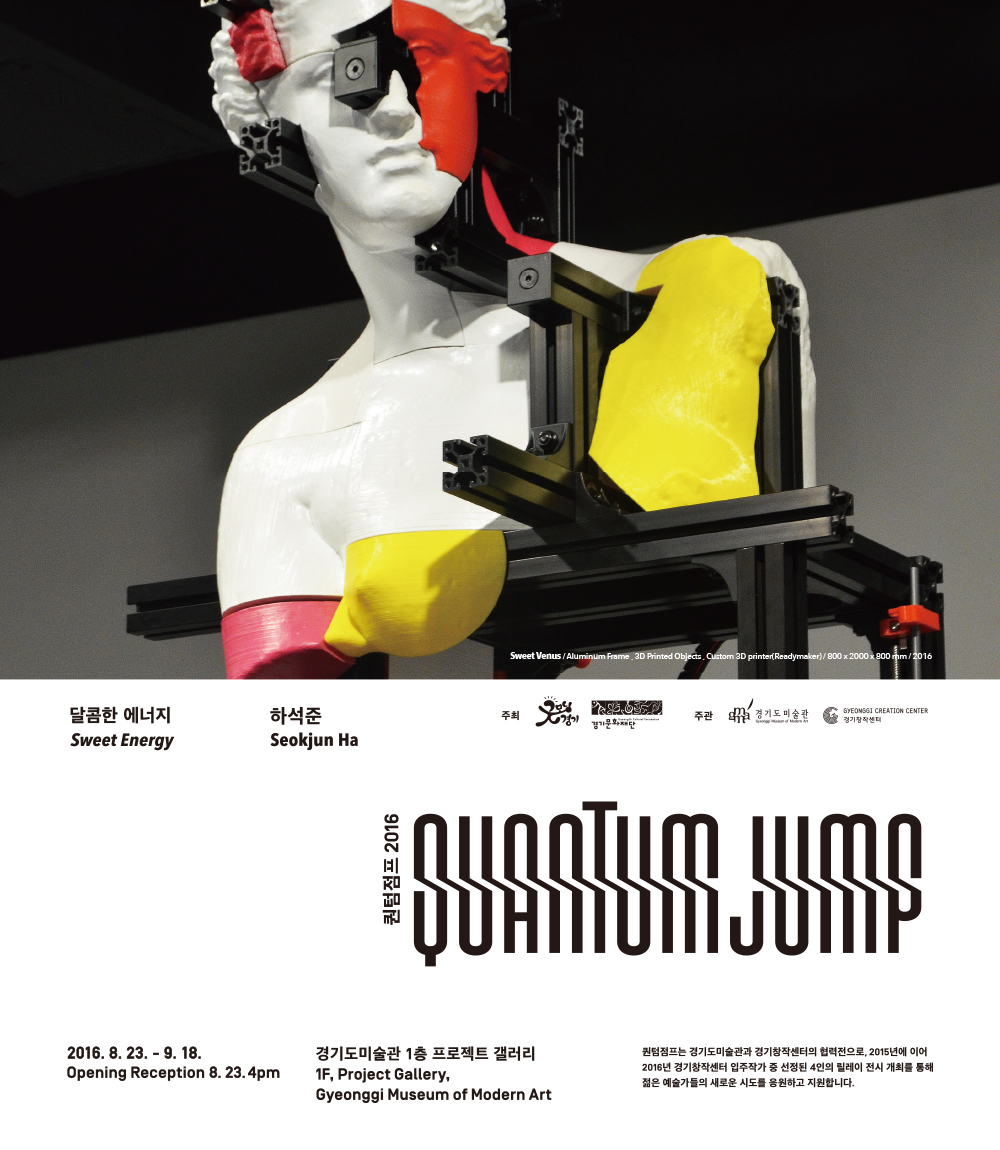 The second chapter of Quantum Jump, a series of relay exhibitions by the GMoMA that are held in collaboration with the Gyeonggi Creation Center, is HA Seokjun’s Sweet Energy. HA’s work is an exploration of points of debate between “those intoxicated by technology” and the media that embraces it in an era of all-powerful technology. The exhibition held at the GMoMA Project Gallery features his six works including three-dimensional installations and one-person media single-channel videos that have already been released on YouTube, a video-sharing website.
Comments [0]
Leave a comment
You must be logged in to post a comment.