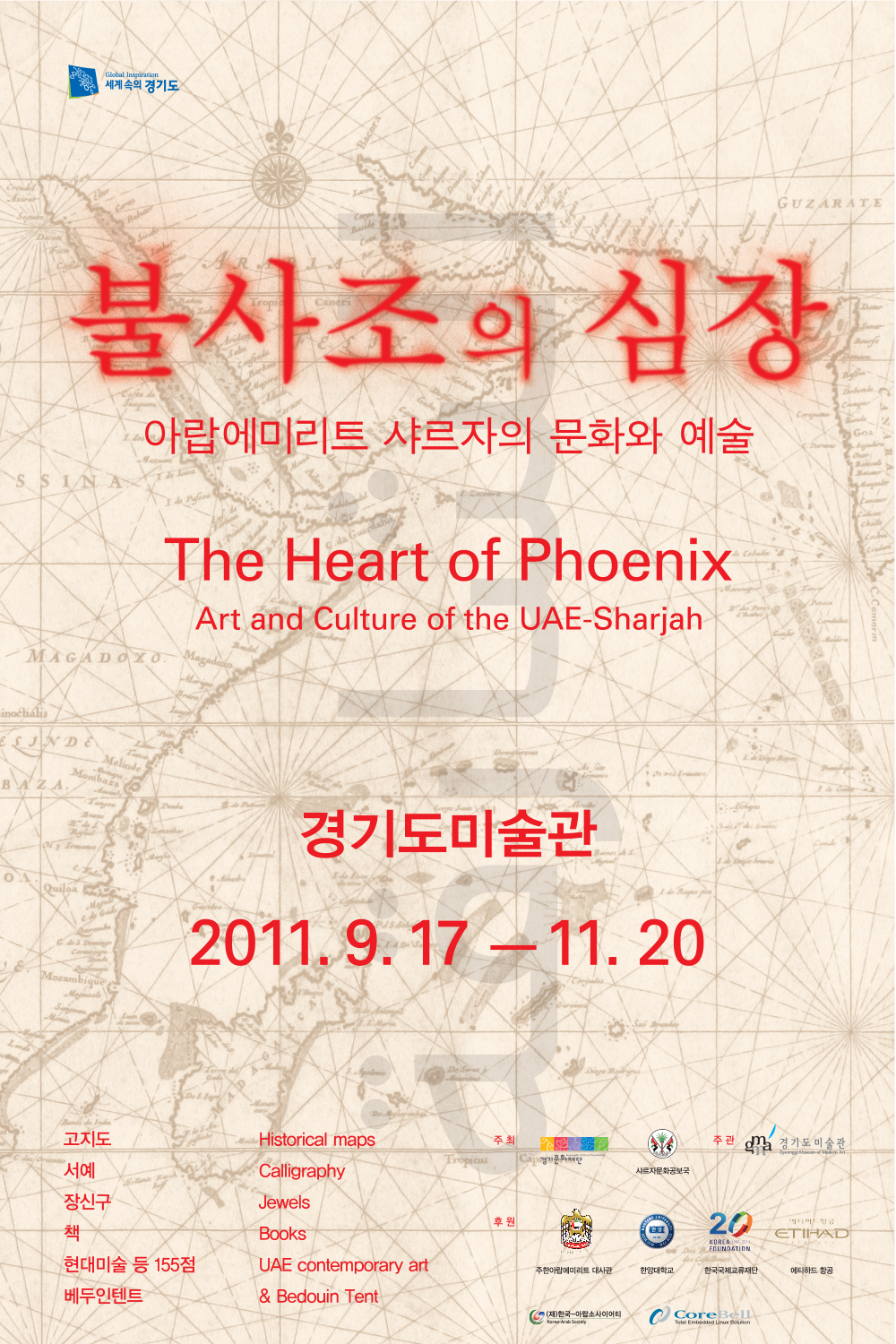 Collaborating with the Department of Culture and Information of Sharjah which tries to find a way to make a range of development opportunities in the cultural and educational areas, this event is organized to publicize a new cultural trend and to promote understanding between civilizations through cultural exchange with the Middle East.

In this exhibition, Sharjah, “the cultural capital of the UAE”, the museum presents the objects include 55 old maps, collection of the ruler of Sharjah, 30 pieces of Arab traditional calligraphy and 15 items of ceremonial jewels, cultural heritage of the Middle East, which is not very familiar to us. In addition, 50 works from 10 contemporary artists who work most actively in the United Arab Emirates at present will be showcased.

With the active support from the United Arab Emirates Embassy in Korea, in particular, Bedouin Tent called ‘a nomad’s tent” has been displayed. This is expected to play an important role to make visitors familiar with an understanding about the Middle East.
Comments [0]
Leave a comment
You must be logged in to post a comment.